If you think that an Apple Mac Computer is expensive, think again. 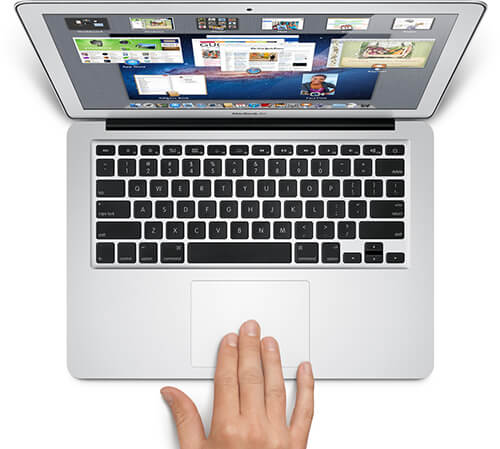 Right at the end of the 80s, we were listening to Simple Minds, Kylie Minogue, Jason Donovan or Madonna or who would forget the “Eternal Flame” of Bangles? Well, in those same years. Apple’s rivals were either Amiga, Atari ST in that kind of small niche that was the “alternative world” of cool platforms. However, the masses were more into IBM PC or Windows 3.0

By then, Apple had their answer to the PC threat. They were planning the new Macintosh lines like Quadra, Centris and Performa. But their marketing department wasn’t doing a good job (like the one in 2016) and also their managers weren’t good either. So, one thing leads to another and as they’ve had so many models, too similar to each other in their tech specs that were also confusing. Straightforward and simplicity wasn’t part of their plan of action, so Apple resellers like Sears and CompUSA didn’t even display the Macs. Even though some models were even cheaper to their comparable PC, the poor marketing delivered the message of the opposite, which the Apple Mac was a more expensive computer.

Obviously, there was not much demand for the Apple Mac back then.

Partnerships sometimes can take you places

Apple had to bounce back; they weren’t going to go without a fight. And what is one of the oldest rules in this world? If you can’t beat them, join them. Apple partnered with long-term competitor IBM and Motorola, and the AIM Alliance was born. The purpose of this? Their goal was to create a revolutionary new computing platform. Something that was new, and it was known as PReP, which of course, will use all their elements: IBM and Motorola (hardware) and Apple (software).

Apple not only produced computers, but they were also in the consumer devices industry. Back in 1993, Apple launched the Newton, an early PDA (personal digital assistant). It was a groundbreaker, the idea that inspired other devices like Palm Pilot and Pocket PC.

Right up to 1997, it was a bumpy ride for Apple. At the Macworld Expo, Steve Jobs announced that Apple would be entering into a partnership with Microsoft. What a revelation it was!

This partnership was a five-year commitment from Microsoft to release Microsoft Office for Mac as well as a U$S 150 million investment in Apple. At that time, it was a long-standing dispute between both companies about whether Microsoft’s Windows operating system infringed on any of Apple’s patents. As part of the package, Internet Explorer (Windows) would be a default item on every Macintosh sold, but the user would be able to have a preference. Bill Gates (Microsoft CEO) appeared at the expo on-screen, so explain a bit more about Microsoft’s plans for the software they were developing for Mac and of course, to express his excitement about investing in the future of Apple’s success.

After those comments, Steve Jobs said:

” If we want to move forward and see Apple healthy and prospering again, we have to let go of a few things here. We have to let go of this notion that for Apple to win, Microsoft has to lose. We have to embrace a notion that for Apple to win, Apple has to do a really good job. And if others are going to help us that’s great, because we need all the help we can get, and if we screw up and we don’t do a good job, its’s not somebody else’s fault, it’s our fault. So I think that is a very important perspective. If we want Microsoft Office on the Mac, we better treat the company that puts it out with a little bit of gratitude; we like their software.

So, the era of setting this up as a competition between Apple and Microsoft is over as far as I’m concerned. This is about getting Apple healthy; this is about Apple being able to make incredibly great contributions to the industry and to get healthy and prosper again.”

Just the day before to this, Apple had a market cap of $2.46 billion and ended its previous quarter with revenues of US$ 1.7 billion and cash reserves of US$ 1.2 billion. So the US$ 150 million was just a symbolic investment from Microsoft. Apple’s CFO Fred Anderson said that the additional funds received were going to be part of their plans to invest in the markets of education and creative content.

And that’s is what Apple has been doing for the past decade and a few years more. They are very popular in the Design, Music and Video Production or Web Development. Most of Apple-Bay’s customers are part of those industries.

Apple-Bay Limited offers an excellent second hand or refurbished (with guarantee) Apple Mac Computers since 2008. We have affordable prices, why? Because if you want to have an Apple Mac Computer it is quite expensive if you compare with a computer that we can provide, with the same specs or even the same performance, but £200 £300 or £500 less than a brand new one.

We offer a broad range of Apple Computers, like MacBook Pro, MacPro, iMac or MacMini (refurbished). We look for the customer and not just the sale. That is why we offer a quality service. Customer satisfaction is guaranteed.

We have an extensive customer base, and all prospect clients can trust that we will find the right computer for them. And at an affordable price. We know that our machines are to a high standard, we have an in-house Apple Certified Macintosh Technician that ensures that all our computers pass our quality control before they are being shipped to you.

We are a family-run company, and we provide the best customer services that you can find. If you need further information, or just to have a word with us: Phone 01252 375167 or send us an email: info@apple-bay.co.uk